Or how to make a woman have a penis. If woman is in the prompt, no penis will be on her.

Now you might be able to get testicles on her. But apparently no penis.

But you can make her bald. What’s the opposite of Hairyfupa.com? Baldfupa.com?

Maybe it can replace her head with a penis, I put “penis head” in the prompt. Ok, maybe “penis on forehead”.

I’ll trying “sucking penis” next. It doesn’t do riding penis, I might need a different scene. They looked like an old guy.

Can you make half human and half monkey?

If you like em bald, I got a pic for you, she’s bald. At least on head.

They look like an old man. They might be a man. No idea. Trying to add a mustache to that image. Haha.

Maybe it has to be a style of beard to make it work. Don’t know the name of any beard styles. So I just put in goatee. Which is a mustache too.

I was gonna share image, but just realized no bra on. There’s no warning on this site about adult content. 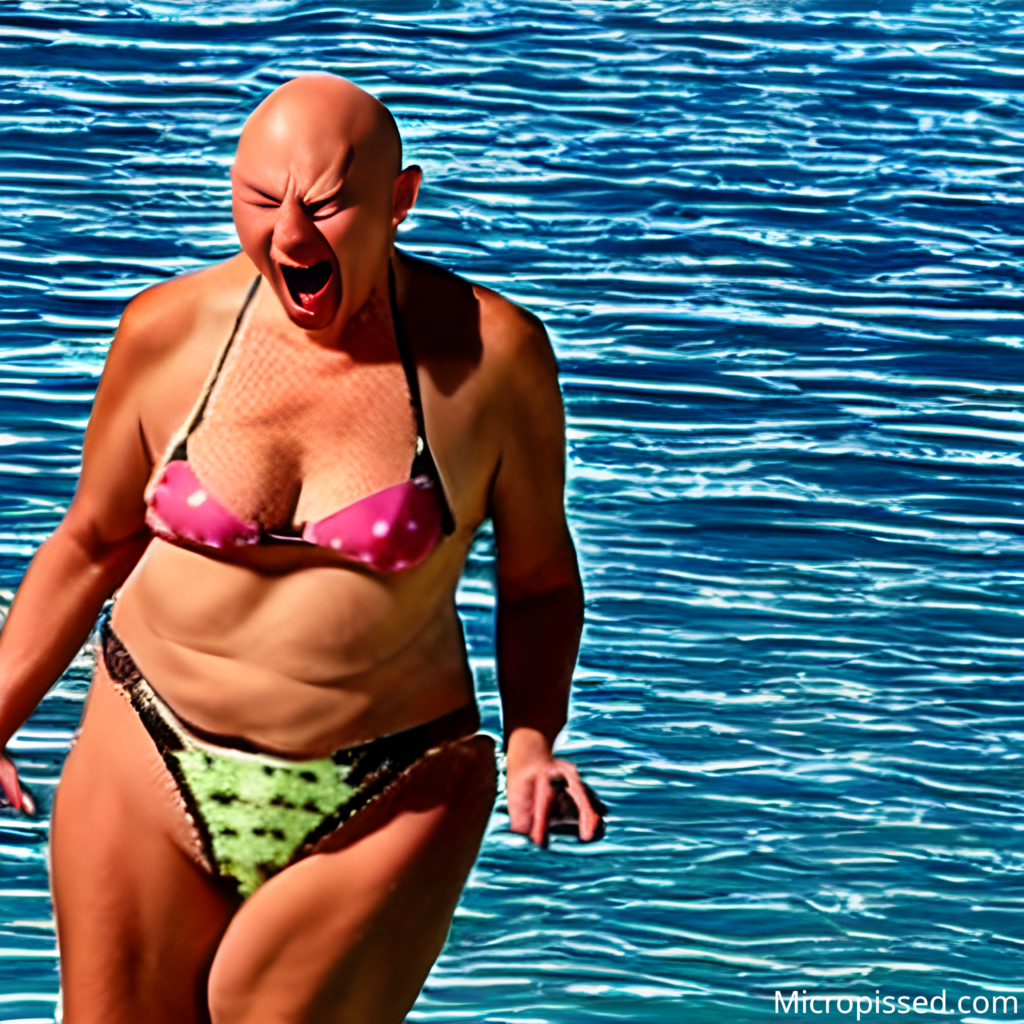 I found you a lady. There’s no middle finger though. I added “flipping off” to prompt. At least the bra was correctly put on this time, the AI probably has dementia.