If it looks all corrupted, like a graphical problem, you need to disable hardware acceleration, I created a user.js file to do so.

Don’t ask me how to do it any other way, going to about:config, would be hard to use since everything is corrupted. Safe mode works, but that is disabled in safe mode. As soon you exit the browser, and open normally, hardware acceleration is enabled again.

Now how you get hardware acceleration working, I have no idea. I even undid the libva stuff for accelerated video.

Regular Firefox works, the one from Manjaro, no idea if hardware acceleration is enabled, I’m too lazy to check. I only use the Flatpak Firefox, I get updates faster.

Update
Looks like I didn’t need to do that on my laptop, both are running Manjaro. I just updated the laptop and rebooted. It has AMD too. Perhaps there’s a bug with the GPU my desktop has. But if that is false in the non Flatpak Firefox, the bug only affects Flatpak. I even tried reinstalling Firefox on my desktop. Perhaps something is messed up in it’s config.

If I run it from the terminal on my desktop, there’s nothing that suggests what’s wrong. So I guess no hardware acceleration in Flatpak Firefox anymore. If the theme didn’t suck with the Manjaro Firefox, I could just use Firejail. The default theme looks better. And I’m too lazy to change anything.

Perhaps I need to disable Above 4G in the bios.

Going to delete all the about:config files, and see if the default settings work. Perhaps I should move them to .bak, in case it deletes more then expected. I have backups, so who cares. See this. I won’t delete user.js though, I’ll just rename it. 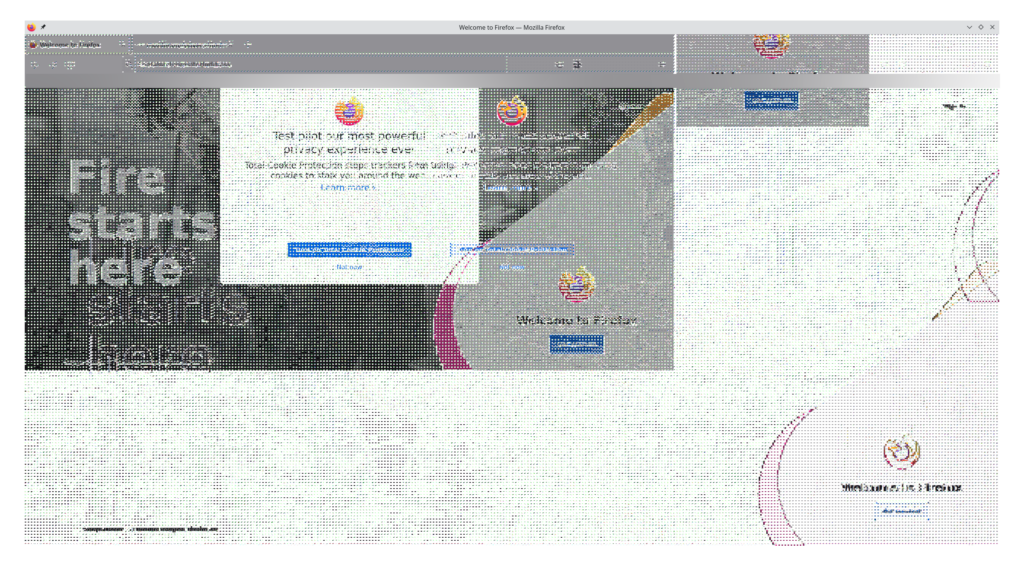 That’s what Firefox using Flatpak looks like, if you don’t disable hardware acceleration. I use a AMD RX 5500 XT. No Intel or NVIDIA crap here. Well, my laptop might have an Intel WiFi card. At least no Intel CPU.

The toolbar was intentionally messed up, so you can’t try to tell what my bookmarks are. Looks like the blur, didn’t actually blur it, just made it transparent or something. Like using the paint bucket. I should have just tried cutting it, might have done the same thing.